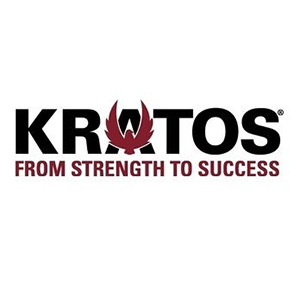 Kratos Defense & Security Solutions, Inc., a leading National Security Solutions provider, announced today that it has recently received a number of space and satellite communications contract awards totaling approximately $55 million.  Work performed under these awards is expected to be substantially completed over the next 12 months.

The awards include Kratos products and services across a wide variety of technology application domains that are critical to defending space operations and assuring global satellite communication for the United States and its allies, as well as commercial operations that are essential to national security. They include solutions for satellite command & control, signal monitoring, end-to-end service assurance, cloud-enabled architectures and other applications.

Phil Carrai, President of Kratos’ Space, Cybersecurity and Training business, said, “The breadth of products and technologies Kratos is applying in these awards, ranging from industry-leading COTS products to tailored waveforms for mission-specific applications, is the best evidence that the space industry is experiencing a dramatic period of innovation. That innovation is being driven by factors equally diverse, among them small satellites, HTS satellites, new challenges to space dominance and renewed interest in space around the globe, yet unifying them all are Kratos products that assure the availability, reliability and security of space missions. In an increasingly crowded and contested environment, it is becoming increasingly clear that the ability to defend and operate in space will depend more and more upon the ability to manage from the ground.”

Kratos products support more than 85 percent of United States space missions, and are used by more than 75 percent of global satellite operators. Kratos owns and operates the largest global, commercial network of space-focused Radio Frequency (RF) sensors employed to help customers identify, locate and mitigate interference challenges. The company recently announced it has begun leveraging this network to offer new Space Situational Awareness (SSA) services to bring additional clarity and insight to operations in the space environment for its customers.

Due to customer related, competitive and other considerations, no additional information will be provided related to these contract awards.