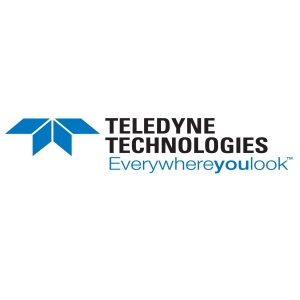 Teledyne Technologies Incorporated announced that it has received a $15.2 million contract to deliver infrared detectors to the European Southern Observatory (ESO) for the first generation instrumentation of the Extremely Large Telescope (ELT).  Teledyne will deliver 15 H4RG-15 short-wave infrared (SWIR) arrays and 5 mid-wave infrared (MWIR) H2RG arrays during the 54 month contract.  These arrays will be used in the MICADO, HARMONI, and METIS instruments that will be commissioned in the early 2020s at the telescope in Chile.

The H2RG, with 2048×2048 pixels, is the standard array in astronomy, being used by NASA’s James Webb Space Telescope (JWST), ESA’s Euclid dark energy mission, and most ground-based astronomical observatories.  The H4RG-15 is a much larger array, with 4096×4096 pixels and measuring more than 6 cm on a side.  The H4RG-15 is now a mature product, having been delivered to instruments at five observatories and operating on a nightly basis at telescopes in Hawai’i.  In addition to the ELT, Teledyne is producing H4RG-15 arrays that will be used in the MOONS instrument of ESO’s Very Large Telescope.

These infrared arrays will be produced by Teledyne Imaging Sensors in California and supplied to ESO in collaboration with Teledyne e2v Space Imaging in the United Kingdom.  Teledyne e2v is the leading supplier of high performance visible arrays for astronomy and many of ESO’s visible instruments use e2v CCDs.

“Teledyne is proud to be ESO’s partner in astronomy with the infrared and visible detectors for many ESO instruments provided by our Digital Imaging segment.  We look forward to the great scientific discoveries that will be made by the Extremely Large Telescope,” said Robert Mehrabian, Chairman and Chief Executive Officer of Teledyne.