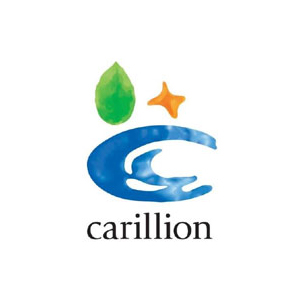 This announcement completes the NGEC facilities management contract awards programme and follows the announcement on 12 May 2014 that Carillion and Amey joint ventures had won the National Housing Prime contract and the Scotland and Northern Ireland Regional Prime contract.  The five NGECs won by the Carillion and Amey joint ventures have a total potential value of £4.5 billion.

A Carillion joint venture with Amey has been awarded the Regional Prime Central contract that is estimated by MoD to be worth in the order of £435 million over the initial contract period of five years, which can be extended by a further five years, subject to approval. This enlarged contract replaces the existing Regional Prime Contract Central, which is currently held by a Carillion joint venture with Amey and covers central and northern England and the whole of Wales, and the existing Regional Prime Contract East, as services in all these areas are being combined into one contract.

Under this contract, the joint venture will provide a wide range of hard facilities and asset management services at more than 150 establishments containing more than 14,000 assets at sites including RAF Cranwell, Catterick Garrison, RAF Valley and MoD Stafford, together with the option to undertake capital works projects valued up to £3.93 million.  Hard facilities management services will include planned and reactive building fabric and mechanical and electrical engineering maintenance and utility efficiency services.

The Carillion joint venture has also been awarded the South East and South West Regional Prime contracts that are estimated by MoD to be worth in the order of £258 million and £265 million, respectively, over the initial contract period of five years.

All three contracts, together with the contract in Scotland and Northern Ireland, which was announced on 12 May, will deploy a service delivery model for hard facilities management services that will support the UK Government's objective of encouraging the use of Small and Medium-sized Enterprises.

Both Carillion and Amey will also use these new contracts to create further opportunities to demonstrate their commitment to the Armed Forces Corporate Covenant, which helps ex-service personnel find employment and supports the provision of Reservists.

Carillion Chief Executive, Richard Howson, said: "We are delighted that our joint ventures have signed these three major contracts.  This follows our recent success in winning theNational Housing Prime contract and the Scotland and Northern Ireland Regional Prime contract and means that our joint ventures have won all five of the Next Generation Estate contracts for which we bid.  We look forward to building on the strong relationship we have developed with Defence Infrastructure Organisation and to working closely with DIO to deliver further improvements to the quality and energy efficiency of the Defence estate across the whole of the UK.

"DIO set industry the challenge of providing added value to the military estate and by awarding us these five contracts providing UK wide coverage the offers we submitted have been recognised as generating demonstrable benefits in this regard, including the use of market leading customer feedback systems."