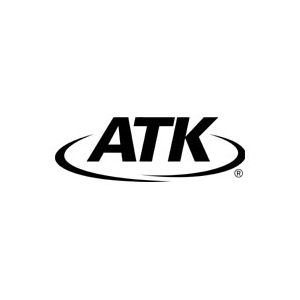 ATK , a world-leading producer of ammunition, precision weapons and rocket motors, announced today that it has received several domestic contracts totaling more than $112 million for medium- and large-caliber ammunition production and development. These awards will provide ammunition to arm air platforms such as the A-10, Apache attack helicopter and the AC-130 gunship, as well as training ammunition for crews maintaining their gunnery expertise on the Apache and Abrams main battle tank.

The contracts were awarded through U.S. Army Maneuver Ammunition Systems in its role as the Single Manager for Conventional Ammunition, the organization responsible for the procurement of ammunition for all U.S. Armed Services.

"ATK strives to always provide our U.S. military customers with the quality and accuracy they demand, no matter the product," said Mike Kahn, president of ATK's Defense Group. "Our warfighters deserve only the best, and that is what we give them."

The 120mm M1002 Multi-Purpose Anti-Tank, Target Practice with Tracer is designed for use with the M1A1/A2 Abrams main battle tank. The M1002 closely replicates the M830A1 High Explosive Anti-Tank, Multi-Purpose with Tracer tactical ammunition in appearance and ballistic performance to provide the armor crewman with an affordable, yet realistic training experience. This award is for year three of a four-year, multi-year contract previously awarded to ATK for tank training ammunition.

ATK is an aerospace, defense and commercial products company with operations in 22 states, Puerto Rico and internationally. News and information can be found on the Internet at www.atk.com, on Facebook at www.facebook.com/atk or on Twitter @ATK.

Certain information discussed in this press release constitutes forward-looking statements as defined in the Private Securities Litigation Reform Act of 1995. Although ATK believes that the expectations reflected in such forward-looking statements are based on reasonable assumptions, it can give no assurance that its expectations will be achieved. Forward-looking information is subject to certain risks, trends and uncertainties that could cause actual results to differ materially from those projected. Among those factors are: changes in governmental spending, budgetary policies and product sourcing strategies; the company's competitive environment; the terms and timing of awards and contracts; and economic conditions. ATK undertakes no obligation to update any forward-looking statements. For further information on factors that could impact ATK, and statements contained herein, please refer to ATK's most recent Annual Report on Form 10-K and any subsequent quarterly reports on Form 10-Q and current reports on Form 8-K filed with the U.S. Securities and Exchange Commission.