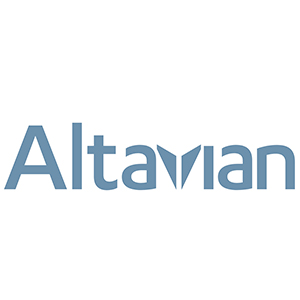 Altavian, Inc., a U.S. based Unmanned Aircraft System (UAS) engineering and manufacturing firm, today announces the award of a $250MM Indefinite Delivery, Indefinite Quantity contract with the US Army. Under the Program Executive Office Aviation, Products Office for Tactical Unmanned Aircraft (TUAS), Altavian will be supporting the largest small UAS program in the world.

The US Army Family of Systems, Unmanned Aircraft Systems (FoSUAS) includes the RQ-11, the RQ-20, supporting control and communications equipment, and other technologies to be fielded over the contract period of performance. All systems are designed to be carried by a single dismounted warfighter, quickly assembled, and deployed to provide immediate over-the-hill surveillance and reconnaissance. Altavian supports the mission of the Army to provide critical, real-time intelligence for warfighter protection and extended operational reach.

"The entire Altavian team is proud to be supporting our warfighters. It is part of our mission to design and build incredible technology, but knowing that our technology is at work in service of the men and women who defend the United States of America is our highest honor. We are committed to meeting the challenges of this contract and accelerating innovation in the US Army UAS capabilities." Says John Perry, CEO of Altavian.

Under this new contract, Altavian will compete to provide quality components to sustain the FoSUAS fleet, as well as upgrading offerings to increase the capability, resiliency, and cost-effectiveness of the fleet.  New offerings include upgraded avionics and radios with increased frequency options, along with a handheld ground control station (H-GCS). Altavian will continue to supply RQ-11 and RQ-20 direct replacement parts for the Government.

"We are proud to continue to bring competition to Group I [under 20 lbs] UAS." says Thomas Rambo, co-founder of Altavian. "Our prior efforts were successful in breaking vendor lock on non-integrated components such as composite structures and ancillary parts. This new contract brings the opportunity to open the rest of the system (flight control, radio, payloads, and ground control) for greater integration. All the technologies that we are proposing for this contract embrace the US DoD's Open Systems Architecture objectives and by adopting this technology will ensure the continued sustainment, upgradeability, and interoperability of Group I UAS for years to come."

This contract has a base award period of five years and is the primary acquisition method for Group I UAS in the Army. Altavian has been successfully performing on the predecessor contract since 2012.