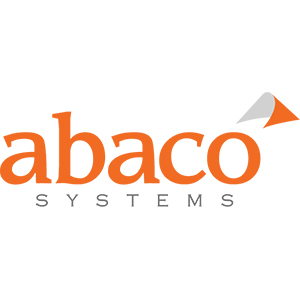 Abaco today announced that the company has won significant orders from a major US prime contractor that will see its 6U VPX-based RFSoC board deployed on a range of manned and unmanned aircraft as part of a comprehensive ELINT (electronic intelligence) upgrade.

Total value of the order to Abaco over the next two years is expected to be in excess of $2 million.

The board offers 16 ADC and DAC channels through the use of the Xilinx® Zynq® Ultrascale+™ RFSoC. It will be the second RFSoC board introduced by Abaco; the recently-announced 3U VPX VP430 Direct RF Processing System was the world's first COTS RFSoC board.

"Electronic intelligence is among the highest – perhaps the highest – of computing development priorities for our armed forces today," said John Muller, Chief Growth Officer at Abaco. "Given that new threats are discovered on almost a daily basis, it's incumbent on us to help get the right tools into the hands of our warfighters in the shortest time possible – and our relationship with Xilinx has enabled us to do that, bringing Xilinx's transformational RFSoC technology to market in the shortest possible time."

The VP430 is capable of enabling the most advanced electronic intelligence applications, as well as many others. Examples of the applications either under development, or planned for development, include a real time passive optical network, a next generation direction finding system for battlefield communications and a new electronic attack system.

Designed for advanced electronic intelligence applications requiring MIMO (multiple input/output), beamforming, sensor processing and radar signal processing capabilities, the VP430 is a major step forward in performance and density, enabling the use of fewer boards and much less power while delivering increased processing throughput. In fact, for comparable capability, it occupies one fourth of the slots that earlier generation solutions would require.

The VP430 includes the option to be built with a FireFly™ 8-channel VITA 66.4 fiber optic interface for transfers of greater than 12 GBps for applications in which the throughput of the native VPX PCI Express® Gen3 data plane is inadequate or when a remote client requires streaming data.

Additionally, the Zynq Ultrascale+™ architecture integrates all this with features to enable high security IP protection. The RFSoC brings extreme analog bandwidth with a sustained throughput of 6 GSPS per channel and greater than 12 GBps per channel digital offload capability.