As India is moving towards transformation from a regional power to a global power, the defence sector is increasingly occupying even bigger space in the country’s long term strategic planning. As India is gaining power it is increasing its purchasing power as well with several high-end defence deals either in the pipeline or being envisioned to strengthen India’s force structure. Estimates show that the Indian Air Force will have more than 1000 fighter jets and around 60 squadrons by 2030. India will be spending more than USD 80 billion on capital acquisitions in the 2010-2015 timeframe.

The Indian government is very clear and focused in its vision for its defence sector - indigenization of the industry and acquiring advanced technologies which will in turn help to reduce dependence on imports from other countries around the world. In nitty-gritty, it would create a ripple effect that the government is hoping to initiate in this sector. In this evolving Defence value chain it would be unfair to ignore the role that human resource skills, Research and Development (R&D) and the long standing small and Medium Enterprises (SME) Defence Public Sector Units (DPSUs) suppliers and ordinance boards are going to play.

As an emerging economic superpower, India’s spending on defence is on a rapid upward trajectory. The main driver appears to be emerging rivalry with China – especially as Beijing seeks to increase its presence in the Indian Ocean. However, traditional rivalry with Pakistan as well as increasing internal security issues are also factors.

A Brief about the INDIAN Defence Sector

The opening up of the Indian economy during the early nineties heralded an era of unprecedented industrial growth in India. The growth rates matched those of the fastest growing economies. A confident and resurgent Indian Defence Industry is making forays into almost all the sectors of manufacturing. Lately, the huge opportunities for growth within the domestic and global defence and aerospace industries have attracted the attention of Indian industry.

India which is the world’s fourth largest fighting has the strength of defence equipments with regards to ‘State of the Art’, ‘Matured’ and ‘Obsolescent’ equipment is 15, 35 and 50 percent respectively. This suggests that the Government will have to make serious efforts towards upgrading its defence resources either by developing or procuring defence equipment and systems. Moreover, modernization, up-gradation and maintenance of the existing equipment will also provide immense opportunities to the industry. India is one of the largest global military spenders too. The defence budget for 2009-10 has increased by 34.19 percent over the previous year’s budget estimate (BE) of INR 1,056 Bn.

The Indian Armed Forces are currently the world's largest arms and ammunitions importer, with Russia, Israel, and to some extent, France and United States being the primary foreign suppliers of military equipment. The history and development of Indian ordinance factories is directly linked with the British reign in India. The East India Company considered military hardware to be a vital element for securing their economic interest in India and increasing their political power. In 1775 British authorities accepted the establishment of the Board of Ordnance at Fort William, Calcutta. This marks the official beginning of the Army Ordnance in India.

In 1787 a gunpowder factory was established at Ichapore; it began production in 1791, and the site was later used as a rifle factory beginning in 1904. In 1801, Gun Carriage Agency (now known as Gun & Shell Factory, Cossipore) was established at Cossipore, Calcutta, and production began on 18 March 1802. This is the oldest ordinance factory in India still in existence.

The Indian manufacturing industry has been a significant contributor to India’s GDP and has displayed impressive growth in the last ten years. However, the sector’s 16 percent share in GDP is among the lowest compared to other the rapidly growing developing economies and recently released National Manufacturing Policy has articulated an inspirational objective to increase this share to 25 percent over next ten years.

A vibrant domestic defence manufacturing sector can be a vital nail to help realize to fulfill the vision of becoming a super power in the defence sector. The Defence Production Policy 2011 has reiterated the strategic and economic importance of self–reliance in the area of defence. Developing a strong defence manufacturing sector enhances security as it reduces reliance on foreign suppliers, provides opportunity to create IP and domestic technologies and capabilities which often have significant civil applications, provide a platform to tap export markets. Most importantly it has a potential to create over one million jobs.

Defence spending in India has grown at about 17 percent in the past years, and with this India has came forth as one of the largest arms importer in the world. By 2014, it is expected that India would become the third largest defence spender after the US and China. Despite this huge market, the current policies and structure of the industry has constrained the domestic defence production with only 30 percent of the demand being met internally. The participation of private sector is even lower at about 10 percent that too mostly from Tier II or III suppliers.

Historically, India has always favoured the public sector over the private in the areas of defence production. India’s first industrial–policy resolution in 1948 made it clear that a major portion of industrial capacity was to be reserved for the public sector including all arms production. When this document was revised in 1956, it placed the munitions, aircraft and shipbuilding industries in public sector under central Government control, preventing private sector production.

INDIA is planning to set up 12 Development Centers with state of the art CAD/CAM facilities to boost R&D efforts in the ordnance factories which will prove to be a positive initiative. In real battle conditions more than esoteric high end technologies the day to day usable technology and product up-gradation helps the fighting forces more. The DPSUs have also embarked on intensification of their R&D effort – the initiatives taken by HAL (10 R&D Centers), BEL and BDL are particularly encouraging.

In this planning stage and transformed settings the country enjoys advantages like availability of investible capital, accessibility to earlier denied dual technologies, willingness for cooperation and collaboration by defence production giants - particularly from the West in the wake of the economic downturn. India today has a scientific community that is globally competitive and a pool of skilled manpower with long years of experience and knowledge relating to Defence industries.

There is also a new enthusiasm in India’s public sector enterprises. For acquiring self reliance – cutting across the barriers of public and private sectors, the Indian Defence Ministry can perhaps take a leaf from the experience of ISRO which outsources components, hardware and sub-systems for its launch vehicles and satellites from the Indian industrial units, both in the private and public sectors.

Vision, convergence, speed and de-bureaucratization of defence production and technology development should be the guiding Mantra of India in the coming decades. 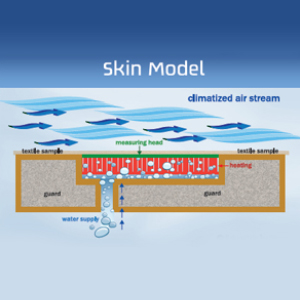 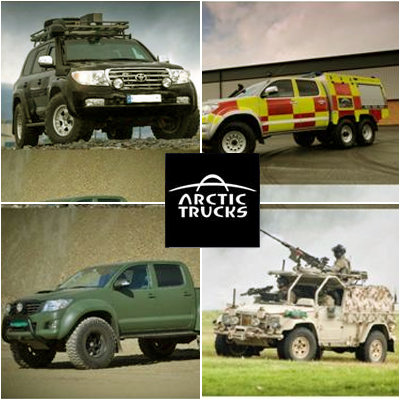