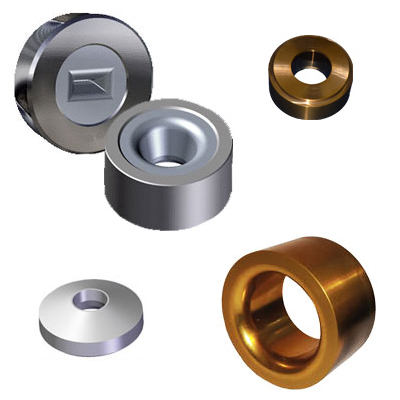 Imagine a metal with a density three times that of steel, tungsten carbide is incredibly heavy. Now imagine this substance being so hard that it can only be scratched by super abrasives like diamonds and the less well loved by jewelers, cubic boron nitride. On top of that carbide features the highest melting point of any element, 5,045–5,126 °F (3,422c). Now here’s a stretch, can you imagine its military uses? We will get to that in a moment, but first let’s talk about where it came from.

When carbide was discovered in by the Irish chemist and mineralogist, Peter Woulfe (1727 – 1803) there was no application for it, it was simply too hard to work with. What if it had been discovered by ancient military powers though? Would it have done them much good? It is to heavy and inflexible to be used for a sword, but it would have made one heck of a mace. Using tungsten for sling bullets would be deadly, it has almost twice the density of the lead bullets used in antiquity. Lord have mercy upon any medieval stronghold if it was used as a catapults projectile, this would be terrifying to be at the receiving end of! This is only fantasy though, they would have never known how to work with such an extreme element.

Two hundred years after its discovery we have found many applications for carbide and it’s more useful chemical compound, tungsten carbide. This compound is formed by using cobalt as a binder.

As manufacturing advanced newer materials were developed as they suited various tasks. For example, light strong compounds were developed for aviation. This evolution in material wasn’t a new development however, just an acceleration of a trend that had been happening since humanity had discovered metals. As metals were discovered they were applied to manufacturing and of course, these developments found their way into military applications. It wasn’t a one way street though, manufacturing techniques for common and luxury goods found military applications, and in turn advances in military technology found its way into the common and luxury goods markets.

Let’s get to the fun stuff though. How do modern militaries use one of the toughest elements in nature? First off, they, like other industries use tungsten carbide to form metals. Even hard metals such as steel bend to the strength of carbide. This allows carbide dies to make a variety of things, such as bullet casings. Forming metal is the primary military application of carbide currently. A steel slug is forced into a carbide die forming every type of bullet from 9mm to artillery shells. While carbide extrusion dies (or draw dies) are used to make barrels as well as common things like tubing. Meanwhile, industry has kept up its side of developing carbide technology by making drill bits that can bore through rock.

Another use for tungsten is in the bullets themselves, and of course this needs to be counteracted by adding it to armor. Meanwhile, industry has used carbide in everything from light bulbs to X-ray machines. Common industrial use and military uses have merged in the use of carbide in welding. This makes both stronger cargo ships that can whether a hurricane and navy cruisers that can take a direct hit, although, perhaps not from an armor piercing carbide shell! To protect against this kind of weaponry carbide needs to be added to the ships armor, but at the cost of a lot of extra weight. Clearly a balance needs to be struck in the engineering of everything from tanks and ships to personal body armor.

Obviously the military, and general manufacturing for that matter, will continue to find uses for this extraordinary element. One interesting use that has been proposed is the use of carbide in kinetic bombs. Basically this is a bomb that uses the kinetic energy from dropping a carbide rod on to targets with devastating penetration. Kinetic bombs can plow into the most secure bunker if heavy enough and dropped from high enough. It gets really interesting when you think about dropping carbide rods from space, dubbed “rods from god.” These solid tungsten carbide rods could be dropped from orbit at targets on planetary surfaces. There thermal properties would allow them to not break up in the atmosphere and sheer weight and velocity would annihilate targets. Kinetic bombardment has the additional benefit of not being banned by current treaties that disallow nuclear, chemical and biological weapons in space.

While planetary kinetic bombardment may be fanciful, one thing is certain, carbide will find ever more uses in the military spheres, even if it is just in using carbide dies for the manufacturing of even deadlier projectiles and weapons. 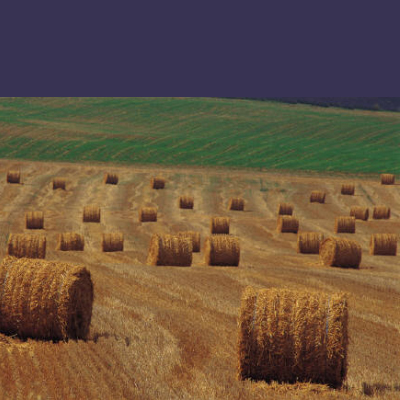 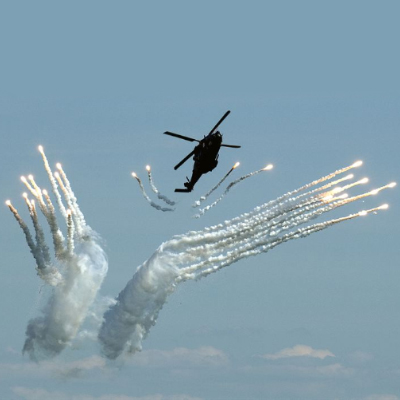