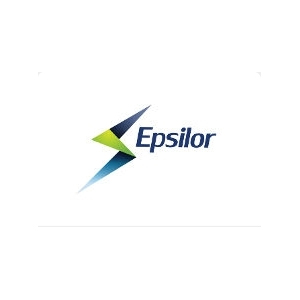 The batteries will be showcased by Epsilor at the Eurosatory 2018, which will take place in Paris June 11 to 15, 2018, alongside Epsilor's wide product line of compatible batteries and chargers for US and NATO standard military equipment.

"Epsilor invested heavily in developing off-the-shelf batteries for a variety of US-made communication systems. Placing emphasis on high performance, reliability and ruggedized packaging, combined with cost effective pricing, resulted in superior quality and customer satisfaction," said Alex Stepansky, general manager of Epsilor. "The fact that a new international customer selected our batteries to support its large operational inventory is a clear indication of Epsilor's strengthening position in this market."

Epsilor is among a handful of companies that manufacture compatible batteries for Harris Falcon radios. The company's BB-2590 family of products services military forces and defense users around the world, including the Israel Defense Forces (IDF) and several NATO nations.

BB-2590 Compatible Batteries
This line includes the following products:
•    Standard BB-2590 compatible battery with a 7.8/15.6 Ah capacity (230Wh)
•    High energy configuration with 10.2/20.4 Ah capacity (290Wh)
•    High power version with 9.0/18.0 Ah capacity and an extremely high maximum continuous current Cold temperature version that generates higher power in cold temperatures (-34°C)
•    Economy version that does not include a state of charge indicator which can be delivered in each of the above configurations